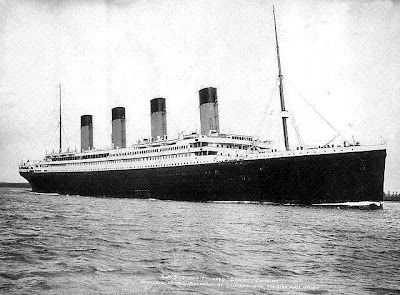 HMRC is sending out around 167,000 letters this month to employers who have missed one or more deadlines for reporting PAYE.

As one Twitter wag commented, it is ironic that a government that takes a year or more to respond to enquiries and to issue reports etc expects the rest of us to report in real time.

"More than 1.6 million employer PAYE schemes, covering over 40 million individual records, are already reporting in real time since the launch of new reporting requirements in April, and any employers who have failed to follow the new process have been urged to act now by HM Revenue and Customs (HMRC).

Employers or agents (acting on behalf of their clients) who have set up unused PAYE schemes should contact HMRC to close them.

This month, around 167,000 employers who have missed one or more deadlines for reporting PAYE will receive a letter. Employers need to act now and start reporting in real time. If employers have not reported because they don’t pay anyone, the PAYE scheme has closed or it is no longer operating, they still need to let HMRC know by calling our Employer Helpline. More information can be found here.

PAYE information reported in real time is already being used by the Department for Work and Pensions (DWP) to calculate Universal Credit amounts paid to people in its pathfinder pilot in the north west of England, ensuring the amount of benefit accurately reflects their level of income.

Notes for editors
1.  Employers who have already missed a deadline for reporting PAYE information received a letter in June. We also wrote to all employers in October 2012, and again in February 2013, to let them know how to prepare.
2.  Real Time Information (RTI) represents the biggest change to the payroll system in over 60 years. It is designed to reflect the labour market fluidity of the 21st century and deliver improved accuracy to employers and employees. RTI means employers and pension providers report deductions and payments they make to HMRC at the time they are made, rather than after the end of the tax year, as at present. This enables the tax system to better ensure the right tax is being taken at source.
3.  The RTI pilot was launched in April 2012 with just 10 employers and, by the end of the pilot on 5 April 2013, over six million individual records were being reported in real time.
4.  HMRC believes many of these PAYE schemes can be closed because they don’t have any employees linked to them. However, it is important to note that there are some employers who are required to operate a PAYE scheme for expenses and benefits. In this case, employers should either submit a nil Employer Payment Summary (EPS) each month or contact us to change the scheme to annual and then send us a nil EPS once a year.
5.  HMRC is not writing to employers who have registered their PAYE scheme as an annual scheme."

HMRC Is Shite (www.hmrcisshite.com), also available via the domain www.hmrconline.com, is brought to you by www.kenfrost.com "The Living Brand"
Posted by Ken Frost at 10:51