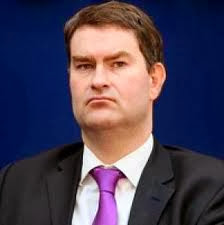 The Guardian recently reported that Treasury minister, David Gauke, has been reported to HMRC for advertising an unpaid six-month "training post" at his constituency office.

For why has he been reported?

HMRC is in charge of enforcing the national minimum wage law for workers and interns, and only last month launched a crackdown on employers not paying the minimum wage and promised to investigate all cases referred to them in which firms use long-term unpaid interns.

HMRC has also warned businesses that they could be "publicly named and shamed" and may be liable for a £5,000 fine if they are found to be in breach of national minimum wage laws.


"This is advertised as a position for a volunteer, enabling the successful applicant to gain experience of political campaigning and office work – working alongside association officers who are also volunteers."


"Based on David Gauke's previous advertisement for unpaid interns, at Intern Aware we find his latest advert for an unpaid training post to be highly suspicious.

David Gauke should know that if this intern is doing real work under a contract they will be entitled to the national minimum wage. As he is the minister responsible for HMRC, which enforces minimum wage law, he should know better."


"HMRC cannot discuss individual cases for legal reasons. Anyone who thinks they are not being paid the legal wage can call HMRC's Pay and Workers Rights hotline on 0800 917 2398."

HMRC Is Shite (www.hmrcisshite.com), also available via the domain www.hmrconline.com, is brought to you by www.kenfrost.com "The Living Brand"
Posted by Ken Frost at 12:12