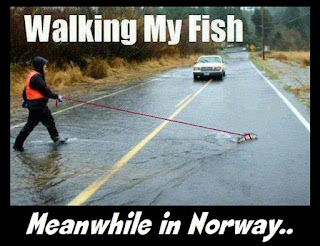 It seems that HMRC has gone on one of its little fishing trips again. This time it is trawling the waters inhabited by landlords.

Mike Down, of Baker Tilly, is quoted by the Association of Residential Letting Agents (ARLA) as describing the recent campaign by HMRC to crackdown on rogue landlords as "shocking" and "scarily aggressive".

Down claims to have seen a "stencilled" letter which had been sent to one landlord client. Down made clear that this landlord had been perfectly compliant when declaring his rental income. The information used to contact the landlord had been supplied by a local council.

The letter reportedly asked for a thorough breakdown of all the properties owned by the landlord, including addresses, periods let, the amounts of rent involved and the number of tenants at each property.


"Clearly it's good to see HMRC cracking down on tax cheats, but we do have real concerns over what appears to be the non-risk-based approach of this campaign.

What's even more shocking is that telephone staff at HMRC are openly admitting that the probing letters are being issued without the department having first checked whether the landlord is in fact fully declaring the rents on their annual tax returns.

Quite aside from the fact that questions asked of taxpayers who have completed returns under Self-Assessment must be made under the formal and time-sensitive enquiry framework, it seems that HMRC staff are unnecessarily wasting the time of law-abiding taxpayers, as well as their own valuable people resource.

Surely it's time HMRC were more careful with their precious resources and invested time in carefully checking third-party information before sending what might be viewed as scarily aggressive letters to those who are fully tax compliant?"

Have any loyal readers received such letters?

Please drop me a line if you have.