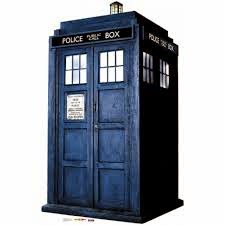 It seems that the HMRC's weekend systems upgrade has not been entirely glitch free. HMRC contacted AccountingWeb and explained that the drop down list for the new tax year had been omitted from the upgraded menu over the weekend, and was defaulting to a previous year.

There were also reports about problems with CT Online. A new validation routine that was introduced this weekend is creating a new error condition (7752) that tells the submitter:


“The CRN on the submission does not match the CRN for this Unique Taxpayer Reference."

The validation routine is not applied if there is no CRN in the CT600 (for example on a charity's return). Nor should the routine take into account leading/trailing letters and zeros.


“Unfortunately, HMRC are currently experiencing technical issues with this validation and it is currently checking the leading zeros when performing the comparison.”


HMRC is investigating the issue.

The CRN problem was one of several glitches reported by HMRC's CT service issues page, which currently advises:br />


“If this issue has affected you please do not attempt to resend your document. We will post an update on this page as soon as the issue has been resolved.”

I would be interested to hear from any loyal readers who are experiencing problems with accessing/using HMRC's online services.