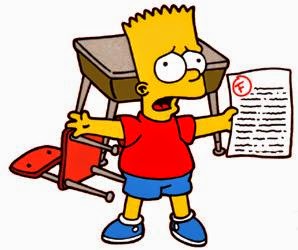 Loyal readers with long memories may recall that way back in November 2009 HMRC introduced a taxpayers' (HMRC uses the word "customers'") charter.

Moving forward to the present day, on 23 October HMRC published Your Charter Annual Report: April 2013 - March 2014 which analyses HMRC's performance against a series of KPI's.

In summary the Charter lays out rights and obligations:

Your rights — what you can expect from us:
• Respect you
• Help and support you to get things right
• Treat you as honest
• Treat you even-handedly
• Be professional and act with integrity
• Tackle people who deliberately break the rules and challenge those who bend the rules
• Protect your information and respect your privacy
• Accept that someone else can represent you
• Do all we can to keep the cost of dealing with us as low as possible.

Your obligations — what we expect from you:
• Be honest
• Respect our staff
• Take care to get things right

Lin Homer is quoted in the foreword:


"We achieved our best ever performance during 2013-14, exceeding tax and compliance revenues compared to the previous year, while continuing to improve customer service levels and make sustainable cost savings."

She seems very proud, yet further on in her foreword she says that HMRC answered 79% of "customer" calls.

Hardly an outstanding success rate is it?

Ian Young (ICAEW) and Chair of the Charter Advisory Committee then has his say in the document, and is less upbeat:


"..although the performance in five out of the eight rights has improved compared with the previous year, in four of these the scores remain below the equivalent scores from March 2011. This is a cause for concern and the committee will continue to probe the reasons for this and challenge HMRC over their plans for improvement. measures in a process which began in 2009."

He notes in particular that only 41% of agents feel that HMRC does all it can to keep the cost of dealing with it as low as possible, and only 48% of agents feels that HMRC treats them as honest.

I personally feel that the latter is particularly appalling, as it makes it all but impossible for agents to deal with HMRC other than in a defensive or confrontational way.

Young goes on to issue a "prayer" of hope:


"I hope that all the measures that HMRC are putting in place, which are set out in this report, will begin to make a real difference to the results of future surveys."

He doesn't sound very confident that this will come to pass!

Anyhoo, enjoy reading the document and feel free to comment.