The Dead Hand of The HMRC 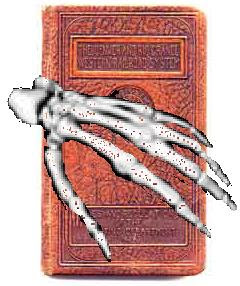 HMRC just can't seem to get anything right these days, aside from losing the personal data of 25 million people it is now trying to force through new tax rules that at best is regarded as "sloppy".

The new rules relate to the practice of "income shifting" that "husband and wife" firms use to reduce their tax bills.

The Treasury proposes to stop business owners paying less tax by shifting part of their income to a co-owner, spouse or family member who is subject to a lower tax rate.

This practice was used by Geoff and Diana Jones, owners of IT contractor company Arctic Systems, and subsequently endorsed by the House of Lords.

However, the government refuses to accept this ruling, saying Mr Jones had deliberately lowered his earnings so that Mrs Jones could get some of that income as dividends.

It now says that someone in a company or partnership who passes their income, as dividends or partnership profits, to a "connected" person just because that person pays a lower rate of tax is "unfair."

Well, life is unfair but what are you going to do about it?

The ICAEW is quite rightly unimpressed, and warns that:

"This will lead to yet more uncertainty for many entrepreneurs, who are likely to have to spend much more time looking over their shoulders to see if HMRC will attack their structure."

They go on to add:

"We are very disappointed that this is yet another instance where relatively brief legislation is being supplemented by lengthy HMRC guidance, which has no place in law."

One of Brown's old tricks, when he was chancellor, was to present a nice neat headline during his budget speech; which, when detailed by the Treasury and interpreted by HMRC, turned out to be a real can of worms.

As already noted on this site, the most effective way to cut the costs of HMRC and to save taxpayers' money is to simplify the tax system.

This will not happen as long as Brown is in government.

www.hmrcisshite.com is brought to you by www.kenfrost.com "The Living Brand"
Posted by Ken Frost at 11:02