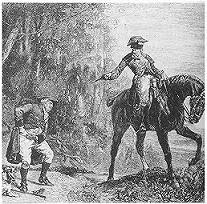 In August I noted the following:

"Be warned there is a nasty fraud going on whereby agents' online details are being highjacked, and tax refunds diverted.

'There is no reason to believe that the users' security details that have been used fraudulently were obtained from HMRC.'

As per an HMRC statement quoted on Accounting Web

Given the security risks, is compulsory online filing such a good idea?"

Last weekend This Is Money reported that £1M has been stolen from HMRC by hackers.

"The thieves filed returns online using the passwords of genuine self assessment taxpayers - then diverted the money to bogus accounts.

The sting prompted concern yesterday that the fraudsters may have obtained the passwords from one of the many Whitehall laptops stolen over the past few years."

I wonder if this is in anyway part of the same fraud I warned about in August, that HMRC tried to blame the tax agents' "poor" poor in house security for?

Somewhat of a coincidence is it not?