Power Corrupts - Making It Up As You Go Along 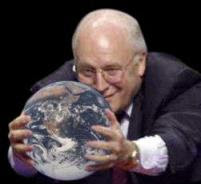 HMRC, in their self righteous war against tax avoidance (tax avoidance is perfectly legal) have decided to change the rules to allow HMRC to interpret parliament's "true intentions".

New guidance from HMRC now tries to define tax avoiders as those seeking to pay less tax than "if Parliament turned its mind to the specific issue in question".

This change of definition will lead to many taxpayers, who have made perfectly legal tax arrangements, being subjected to HMRC investigations.

This change in the rules undermines parliament's right to legislate.

"Avoidance is not defined in the Taxation Acts...One definition is 'a situation where less tax is paid than Parliament intended, or more tax would have been paid, if Parliament turned its mind to the specific issue in question.

At a practical level the problem is then essentially one of deciding what Parliament would have intended and identifying who should be asked to decide this.

Inspectors need to have in simple terms a working concept of 'avoidance' in order to properly identify cases which can be worked...The starting point should be that one would normally expect taxpayers to pay tax on their income or profits...It is reasonable to assume that where a commercial transaction is carried out in a particularly convoluted way, then avoidance is afoot."

Slowly but surely HMRC are attempting to put themselves above statute and parliament, and take on the role of judge, jury and executioner wrt taxation and the interpretation of tax law.

This is an "evolution" that must be stopped.

The bedrock of dictatorship is an overempowered, arrogant, unaccountable, unelected bureaucracy populated by "little men" who believe that they are working for a "greater cause".

Issues wrt tax legislation are for the elected members parliament to address, not the unelected bureaucrats of HMRC.

HMRC Is Shite (www.hmrcisshite.com), also available via the domain www.hmrconline.com, is brought to you by www.kenfrost.com "The Living Brand"
Posted by Ken Frost at 08:58