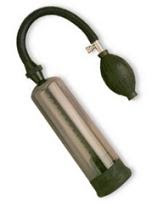 In a clear admission of defeat, and as a result of protests by banks over the workload involved in informing on their customers, HMRC have extended their deadline for taxpayers to register their offshore holdings from the end of this month to January 4 2010.

Seemingly the fish are not yet scared enough to jump into HMRC's net.

However, in a reflection of the government's anti bank hysteria, HMRC are pushing the banks to speed up wrt providing information about customers' offshore accounts.

January 4 will be the final deadline to "sign up" for the amnesty on unpaid tax from foreign accounts.

Clearly the top bods in HMRC are sweating, as the promises they made to Brown and Darling about how much money this amnesty would bring in are not being fulfilled.

Failure could mean that the top bods might find themselves out of a job, something that up until now only happens to the lower orders within HMRC!

HMRC Is Shite (www.hmrcisshite.com), also available via the domain www.hmrconline.com, is brought to you by www.kenfrost.com "The Living Brand"
Posted by Ken Frost at 12:13