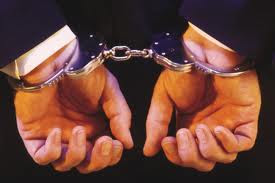 In August I wrote about the seven HMRC staff members from Belfast, who were sacked for collusive racial misconduct wrt tampering with records resulting in minority ethnic claimants being underpaid child benefit.

"Investigators are probing an alleged fraud with links to tax offices in Preston.

A former Inland Revenue worker is believed to be among 24 people summonsed to appear in court in connection with an alleged conspiracy.

Her Majesty's Revenue and Customs is remaining tight-lipped about the finer details of the case, but one of the defendants told the Evening Post the allegations centred around the overpayment of tax credits...

A spokesman for HMRC said: 'Twenty four individuals were summonsed to appear at Liverpool Magistrates Court to answer charges of conspiracy to contravene Section 35 of the Tax Credits Act 2002 on May 20 2010. HMRC can confirm that one those persons is a former member of HMRC staff. The case was committed to Crown Court for trial.'.."