Welcome To The 19th Century 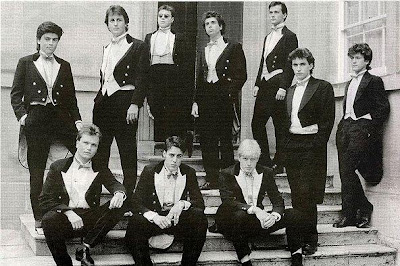 The Telegraph reports that an all-party group of MPs will tell the Treasury that HMRC is "a 19th century organisation" in need of fundamental reform.

True enough, HMRC is falling apart at the seams.

However, I would venture to suggest that a 19th century organisation would have been better run and not made so many cock ups.

This shambles of an organisation is a result of a.o.:
- political dogma/arrogance,
- political interference,
- a staggeringly complex tax system,
- the politicisation of HMRC
- and lousy leadership within HMRC itself.

HMRC is now working on a major "recovery programme", which means that staff who handle "normal" HMRC business have been taken off their normal duties.

I would suggest more chaos, more delays and the eventual meltdown of our tax system in its current form.

"It now looks as if there are even more mistakes in the pipeline.

We're going to have to find out why the computer system didn't work as it should, why it cost so much money and why they didn't design it in a way that is up to date with the way Britain works.

Ian Liddell-Grainger, chairman of the group, put the boot in further and said that HMRC was not up to the job of collecting income tax.

"HMRC is a 19th century organisation in a 21st century environment. It has not kept up with the times.

The PAYE system needs to be fundamentally reformed. The current systems are not robust enough to do the jobs they are supposed to do."

The good news is that HMRC are insisting that the new computer system will improve the accuracy of tax codes "in the medium term".

By then we will be either dead or bankrupt!

HMRC is not fit for purpose..PERIOD!