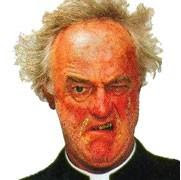 My thanks to a loyal reader who has sent me the text of an HMRC intranet message posted by Dave "Jack" Hartnett on 13th October.
As far as I can see it's:

Oh dear, I really would have hoped for something a little better than this.

Yesterday afternoon, I appeared before the Public Accounts Committee to answer questions on HMRC’s 2010-11 accounts.

As you’re probably aware from this morning’s media coverage, most of the meeting was taken up by two issues – taxpayer confidentiality and one of our large business tax settlements.

Given the importance of our work to the UK economy, it’s quite right that we are held to account before Parliament and I want to make two points that are important in this context.

The first is that HMRC does not make ‘sweetheart’ deals with large businesses or anyone else. It is absolutely essential that the public, as well as everyone working here, knows that – which is why I am writing to you now and why we have made this point very strongly to the media.

That is why I cannot go into more details about the large business tax settlement that was under discussion or even repeat confidential material that is now in the public domain through leaks, save to say that the picture presented in the leaked documents is incomplete and therefore fundamentally flawed. This confidentiality, which Sue Walton wrote to you about yesterday is at the heart of what we do.

I appreciate it’s difficult seeing HMRC getting this kind of treatment in the news again but I want to correct any misconceptions people may have around this, especially given the tone of some of the coverage this morning.

Finally, I want to thank you for all for your professionalism and integrity – I know that upholding taxpayer confidentiality and being even-handed in our work are core values that you maintain every day. We play a valuable role and last year, our combined efforts brought in £468 billion across all taxes and paid out more than £40 billion in benefits and credits – excellent results which have not been reflected in today’s coverage."