Guinness Is Good For Mike Clasper 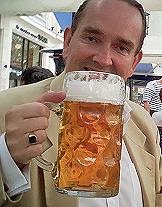 In March I wrote the following about Mike Clasper:


"Mike Clasper, the former Chairman of HMRC, has taken a non-executive directorship with Serco, a government services company. Clasper takes on his new role this month."

Less than one month later I see that, as per Financial Director, he has been promoted within Guinness Peat from non executive director to chairman.

Clasper was originally appointed to the board of Guinness Peat on 20 February 2014.

HMRC Is Shite (www.hmrcisshite.com), also available via the domain www.hmrconline.com, is brought to you by www.kenfrost.com "The Living Brand"
Posted by Ken Frost at 10:02