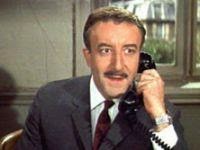 Bloomsbury has published its latest "HMRC customer satisfaction survey" and it is ironic that, despite Stephen Hardwick's (HMRC's Communication's Director) very vocal communication with the Telegraph the other day, taxpayers have expressed increasing frustrations with regard to trying to communicate with HMRC.


As per The Economic Voice, Bloomsbury notes on the plus side that the annual satisfaction survey showed an improvement in taxpayers’ perception of HMRC’s trustworthiness, honesty and integrity, as well as in its effectiveness in protecting personal and business information; ie 65% of accountants and 79% of SMEs surveyed regarded HMRC as trustworthy, up from just 61% and 74% in the previous year. The proportion of people saying that they feel HMRC acts with honesty and integrity has also increased (74% of accountants now believed HMRC acts honestly, up from 68% in 2012/13, while trust from taxpayers remained consistently high at 73% over the last two years).

However, there was a decrease in the perception that HMRC is better at collecting tax than repaying it. This year, only 41% of taxpayers and 36% of SMEs believed this to be the case, down from 59% and 41% respectively in 2010/11.

Additionally, the survey found that accountants, SMEs and individual taxpayers are growing increasingly dissatisfied with the ‘ease of getting in touch with HMRC’.

The survey also found that fewer individual taxpayers, accountants and SMEs consider HMRC to be communicating effectively, and keeping them adequately informed of the progress of their query. A record low proportion of accountants, just 51%, felt that HMRC keep them informed, falling from 63% in 2008/09. Just 74% of SMEs feel HMRC keeps them adequately up-to-date, down from 82% in 2008/09.

Over to you Stephen!