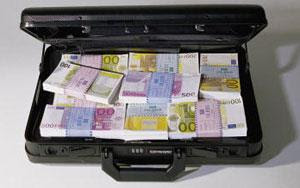 The Telegraph reports that Jim Dooley, the fundraiser behind the £9M Bomber Command Memorial in Green Park, is in danger of losing his home after HMRC refused to return £40,000 of personal tax he paid in error.

HMRC will keep the money because the mistake had been discovered too late.

In March 2014, after repaying money which he had received in error over a decade, Mr Dooley contacted HMRC to request the repayment of £60,000 income tax he had paid on that money over the course of 10 years, only to be told that he could only claim back a tax overpayment within four years of the relevant tax year.

In a letter to Mr Dooley, HMRC acknowledged that:


“Statutory time limits are a legitimate and proportionate means of ensuring fiscal finality and control over public finances.”

However, HMRC does have discretion to waive statutory time limits in circumstances “where the claim was late for reasons beyond the person’s control”. Mr Dooley believes his case is a perfect example of such an exemption, but HMRC disagrees.

In situations such as these there are factors which are doubtless not in the Telegraph's article. Nonetheless, it seems a particularity unfortunate outcome.

HMRC Is Shite (www.hmrcisshite.com), also available via the domain www.hmrconline.com, is brought to you by www.kenfrost.com "The Living Brand"
Posted by Ken Frost at 10:56