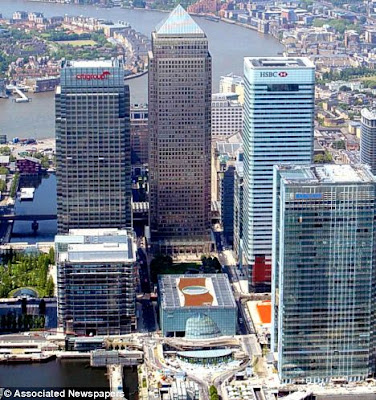 HMRC will be one of the government organisations moving staff out of Whitehall and into new offices in Canary Wharf.

The Cabinet Office announced last week that almost 6,000 full-time civil service and public sector jobs are to move from central London to 10 South Colonnade, Canary Wharf by 2018. The site will be leased from Barclays for 15 years.

Civil Service World notes that job ads posted on Civil Service Jobs in recent days make clear that HMRC will be one of those shifting staff across the capital.


"Please note that the London office (100 Parliament Street) will be moving to a transitional site in summer 2017.

Not everyone will move, an HMRC briefing note issued a while ago said:

"Of course, the work that we do means that a small number of us will always need to be near ministers.

That's why we're going to keep 100 Parliament Street, although fewer of us will work there. The space we vacate will be used by other government departments."


Fortunately, unlike other HMRC property contracts, HMRC does not face the embarrassment of dealing with a tax avoiding company. Barclays shut its tax avoidance unit in 2013.