HMRC Cosies Up To HSBC in Birmingham HQ 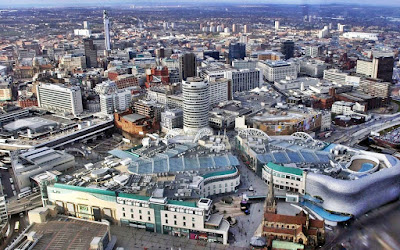 Work has started on the second building to be developed at the Arena Central project in Birmingham city centre.

3 Arena Central will be home to staff from HM Revenue & Customs and the Department for Work and Pensions after a 25-year lease deal was struck last year for the entire 14-storey building.

There will be more than 3,600 civil servants based there by 2020 where they will join the new head office of HSBC UK on the development.

Steven Boyd, estates director for HMRC, is quoted by the Birmingham Post:


"This is an important milestone in the delivery of the Government Hub in Birmingham, which will be the new home for HMRC in the West Midlands.

When it is built, the new building will mean our staff can work in a modern and bright environment, while working collaboratively with other teams, to increase our effectiveness in collecting taxes."

I wonder if, when he made the comment about increasing HMRC's effectiveness, he had in the back of his mind HMRC's proximity to HSBC?

HMRC Is Shite (www.hmrcisshite.com), also available via the domain www.hmrconline.com, is brought to you by www.kenfrost.com "The Living Brand"
Posted by Ken Frost at 11:35