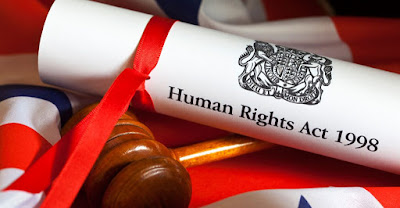 The Loan Charge Action Group has taken up the cudgels against HMRC, on behalf of contractors who used tax avoidance schemes, and have branded looming fines “grossly unfair” and a breach of human rights in an official legal challenge.

HMRC has targeted around 50,000 self-employed people with a “loan charge”, set to hit in April, which those liable claim will see them forced into bankruptcy.

The dispute arises from the contractors’ use of complex arrangements, popular and widely accepted to be legal in the early 2000s, in which much of their salary was paid in the form of supposedly tax-free loans.

The Loan Charge Action Group claims workers were unwittingly led into the schemes by unscrupulous promoters or employers, who required them to be paid in this way.


The contractors will also be hit by the loan charge, which rolls all the loans received into a single tax year meaning the bill could be more than the actual tax liability. It also does not clear the original unpaid tax bill.

The LCAG is requesting a judicial review of the charge saying it is a breach of the European Convention of Human Rights and that the Government did not carry out proper impact assessments.

HMRC has admitted that a small number of people may face bankruptcy.


Robert Venables QC, acting on behalf of the group, said the loan charge was “disproportionate”.

He is quoted by the Telegraph:


"The loan charges are being applied in cases where there was no tax avoidance in the first place and taxpayers are being taxed on non-existent benefits and non-existent income.

This is to all intents and purposes retrospective legislation. It is grossly unfair, arbitrary, oppressive and unjust.”

Richard Horsley, of the LCAG, said:


“Hardworking law-abiding people and their families face losing everything due to this unfair retrospective draconian tax grab.

The Loan Charge Action Group represent and have been dealing with many desperate self-employed and formerly self-employed people who never broke the law and never sought to conceal their tax arrangements.”

An HMRC spokesman said it had no comment on the legal action but that HMRC “wants to do all we can to make it simple for people to get out of these schemes and we’re here to help those who want to”.

HMRC Is Shite (www.hmrcisshite.com), also available via the domain www.hmrconline.com, is brought to you by www.kenfrost.com "The Living Brand"
Posted by Ken Frost at 09:40