The No Deal Collection 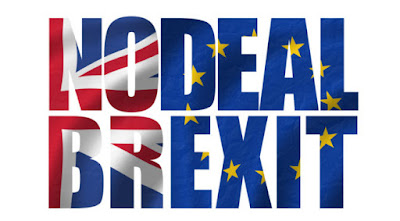 Customs, VAT and Excise regulations: leaving the EU with no deal

This collection brings together regulations, explanatory memoranda, and an impact assessment in preparation for day 1, if the UK leaves the EU with no deal.

The Withdrawal Agreement and Political Declaration on the future relationship between the UK and EU was endorsed by leaders at a special meeting of the European Council on 25 November. The government will lay these before Parliament ahead of the parliamentary debate and vote on the approval of these documents.

The government does not want or expect a no deal scenario. However, it is the duty of a responsible government to prepare for a range of potential outcomes, including the unlikely event of no deal. In the event of leaving the EU without a deal, legislation will be necessary to ensure the UK’s Customs, VAT and Excise regimes function as intended after the UK leaves the EU and so, on a contingency basis, HM Treasury and HM Revenue and Customs will lay a number of Statutory Instruments (SIs) under the Taxation (Cross-border Trade) Act 2018 (TCTA) and the EU Withdrawal Act 2018 (EUWA).

As these SIs are laid they, and any accompanying documentation, will be published on this page. This will include an impact assessment, draft notices and public notices that will be made before exit, under these SIs and the TCTA respectively. In addition to this, as two of the SIs incorporate a number of documents by reference, these documents are also listed and linked below, beneath the SI to which they relate.

This legislation is designed to broadly replicate the current EU legislation and minimise disruption of a no deal scenario on the UK’s international trade. To further support this there are step by step guides to importing and exporting which explain the steps that businesses can take to prepare for a no deal scenario.

HMRC Is Shite (www.hmrcisshite.com), also available via the domain www.hmrconline.com, is brought to you by www.kenfrost.com "The Living Brand"
Posted by Ken Frost at 10:34