Now You See It, Now You Don't! 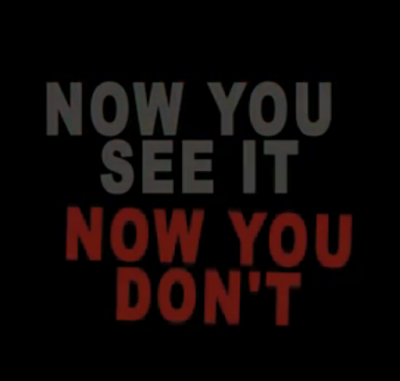 On the 3rd of February HMRC let slip its much sought-after guidance on off-payroll working in the private sector, only to ‘un-publish’ it a few moments later and replace it with a blank screen.

ContractorUK reports that other than white space where the guidance was live momentarily, mid-morning visitors to HMRC’s Employment Status Manual site could only see: "Guidance withdrawn 3 Feb 2020."

Underneath the message -- displayed by clicking 33 new draft HMRC guidance manuals (titles still visible), a clearly up-against-it HMRC spluttered: ‘Will be republished in due course.’

By the afternoon, the six words were replaced with: “HMRC is committed to publishing an updated employment status manual reflecting the April 2020 reform changes as soon as possible.”
Asked what happened by ContractorUK, a HMRC spokesman responded by reading out the very same statement, but then admitted the ‘update’ was due to a “publishing error.”

In the event any of you have screen shots of the redacted pages, please feel free to share them!


HMRC Is Shite (www.hmrcisshite.com), also available via the domain www.hmrconline.com, is brought to you by www.kenfrost.com "The Living Brand"
Posted by Ken Frost at 10:14