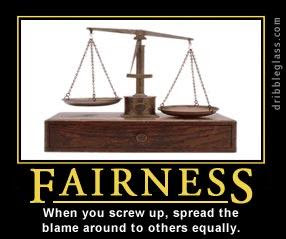 At the beginning of July I noted that HMRC had issued a consultation on Extra Statutory Concession AS19, and that:


"HMRC are proposing a significant watering down of ESC A19".

Under ESC A19, which has been a feature of the UK's tax system for around 40 years, tax arrears may be waived when HMRC has failed to use information available to it to assess an individual's tax liabilities on time.

The Tax Faculty of the ICAEW is none too impressed with the proposed revisions to A19 either, and has set out its views; a.o. it notes:


"we do not agree with the removal of the reasonable belief test and its replacement by a responsibilities test in the form set out in this consultation document. As currently drafted the test is not acceptable.

..until it can be shown that HMRC’s operation of the PAYE system is consistently meeting an agreed service standard, the exceptional circumstances test should be kept...

..we think the proposed requirement for taxpayers to contact HMRC before the end of the tax year in which the underpayment is notified is not reasonable."

Here are the Faculty's views in full:

ICAEW does not support HMRC’s proposed revision of Extra-statutory Concession (ESC) A19, although we agree that a review is needed of the concession and how it is operated.

Our views are set out in TAXREP 46/12, submitted on 24 September 2012 in response to the consultation document Extra-statutory Concession A19 review published on 3 July 2012.

The current concession and the proposals
Under ESC A19, HMRC will write off income tax and capital gains tax where HMRC has been slow to use information and tell the taxpayer about an underpayment, and the taxpayer could reasonably have believed their tax was correct.

We summarised HMRC’s proposals in our news item Consultation on Extra-statutory Concession A19 in July 2012. HMRC proposes that the revised concession would apply from April main proposed changes are:

·        To replace the ‘reasonable belief’ test with a responsibilities test.
·        To scrap the ‘exceptional circumstances’ test, which (broadly) applies where HMRC has made repeated failures.
·        To restrict ESC A19 to income tax, ie it would no longer apply to CGT.
·        To introduce a time limit for taxpayers to ask for ESC A19 to be applied.

The Tax Faculty’s views on the proposals
ESC A19 is an important concession which provides fairness for taxpayers where HMRC is at fault. We should like to emphasise the importance of retaining it within the tax system.

We agree that a review of ESC A19 is needed. There are difficulties with the operation of the concession in its current form, particularly the application of the ‘reasonable belief’ test.

However, we do not support the proposed revised text of ESC A19 as set out in the consultation document. It should not be introduced in April 2013. In particular, the responsibilities test as drafted is not fair or workable (though there may be merits in such a test – see below), and we do not agree with the other proposals which restrict the scope of the concession.

1.     Responsibilities test v reasonable belief test
There is evidence that the current ‘reasonable belief’ test does cause difficulties and is not being applied consistently by HMRC. In establishing whether a taxpayer ‘could reasonably have believed that his or her tax affairs were in order’, it is hard to remove a degree of subjectivity.

A responsibilities test would mean, in broad terms, that if HMRC has failed to meet its responsibilities but the taxpayer has met theirs, ESC A19 can apply. This has the potential to make the application of ESC A19 more objective and therefore fairer for the taxpayer, and has worked well in the context of disputed tax credit overpayments. Therefore we think the idea should be explored further.

We think that ESC A19 should be retained in its current form, ie with the reasonable belief test, and not be replaced unless and until a workable responsibilities test can be devised. In the meantime HMRC should work on improving the operation of the reasonable belief test, and on developing better information and guidance for taxpayers on ESC A19 and on PAYE matters generally.

3.     Capital gains tax
While we accept that ESC A19 is not likely to apply often to CGT, we can envisage situations where it could. We see no need to narrow the scope of the concession without good reason Therefore the ESC A19 should continue to apply to CGT.

4.     Time limits
We have no objection to introducing a time limit for claiming ESC A19. We agree that it is better if taxpayers approach HMRC sooner rather than later.

If there is to be a time limit, we propose a four-year limit in line with the current limit for claims, with an additional limit of one year from when the underpayment is notified if this gives a later date than the four-year limit."

HMRC Is Shite (www.hmrcisshite.com), also available via the domain www.hmrconline.com, is brought to you by www.kenfrost.com "The Living Brand"
Posted by Ken Frost at 11:36

Email ThisBlogThis!Share to TwitterShare to FacebookShare to Pinterest
Labels: a19, HMRC, icaew, tax