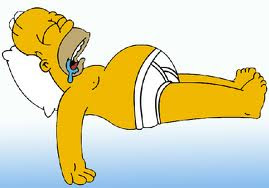 My thanks to a loyal reader who so swiftly responded to my query this morning as to the whereabouts of Lin Homer.

She will be attending a "Breakfast Briefing" on 18 October at the Whitehall and Industry Group:

Lin Homer will talk about the department’s challenges around efficiency and building trust whilst ensuring their activities are as transparent as possible. Lin will further provide an update on HMRC's transformation and their agenda for the coming years.

Lin joined the civil service as the Director-General for the Immigration and Nationality Directorate of the Home Office in August 2005. The Home Office was reorganised in 2008, with the formation of the Border and Immigration Agency, later renamed the UK Border Agency. Lin was appointed as the agency’s first Chief Executive. In 2011, Lin was appointed as Permanent Secretary at the Department for Transport.

As with all our briefings, this will be an interactive session where attendees will have the opportunity to put questions to Lin and there will also be ample time for networking after the briefing.

If you would like to attend please complete the booking form below, alternatively email Emma Kelly at workshops@wig.co.uk with your full contact details and job title."

Those wishing to attend should complete the form on the WIG site.