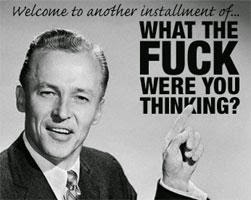 As loyal readers know, I have on occasions written about HMRC's Aspire contract; eg in August 2013 I wrote:


"HMRC has spent over £3.7BN with Capgemini over the last five years on the Aspire contract. The contract was originally valued at £2.8BN.

As per Computing the spend was:

HMRC won't reveal a more detailed breakdown of its costs:

"It is considered that disclosure of details about cost breakdown of payments made by HMRC to Capgemini would prejudice the commercial interests of HMRC as a contracting authority and our ability to deliver best value.
It is also considered that release of such information would weaken our supplier's position in a competitive environment by revealing market-sensitive information or information of potential usefulness to its competitors."

Does this spend represent value for money?"

Fast forward almost a year, and we see Aspire in the headlines yet again.

The National Audit Office (NAO) says, in a report entitled Managing and Replacing The Aspire Contract, that the Aspire contract cost £7.9BN between July 2004 and March 2014, and estimates that, by the time it ends in June 2017, HMRC will have spent £10.4BN.

Note that the original contract was valued at £2.8BN.

How on earth has the spend so skyrocketed out of control?

Very simple, additional projects and services have been added. Unfortunately these have not been market tested; ie HMRC has happily allowed the new work to be done by Capgemini without checking to see if it could be done better or more cheaply by others.


"Both Capgemini and its subcontractor, Fujitsu, have achieved considerably more profit than was modelled in 2004. "

The NAO report also notes that HMRC was overly dependent on the technical capability of the Aspire suppliers between 2004 and 2012, which limited its ability to manage the contract commercially.
The NAO states:

"There are serious risks to HMRC’s business if the programme to replace the Aspire contract fails to meet its objectives by June 2017, when the contract ends."


"HMRC faced complex, long term technology challenges, and Aspire provided an appropriate means of working through them and limiting risk. However, there has been a lack of rigour in HMRC's commercial management of the contract.

It is essential in any contract that the client retains the independent expertise to challenge the supplier. We welcome HMRC’s recognition of this part way through the Aspire contract and its efforts now to rebuild its capability.

HMRC now faces a considerable challenge in a limited amount of time to negotiate reform to the contract while at the same time defining its technology strategy for post-Aspire."

She went on to say:


"Its own lack of capability meant HMRC was over-reliant on providers’ technical expertise, undermining its ability to act as an intelligent customer on behalf of the taxpayer. All of this gives me little confidence that HMRC’s senior team has the capability to manage large and complex contracts."

I agree, as I have noted many times before government departments do not manage large IT projects well.

This is indeed UNACCEPTABLY POOR!

HMRC Is Shite (www.hmrcisshite.com), also available via the domain www.hmrconline.com, is brought to you by www.kenfrost.com "The Living Brand"
Posted by Ken Frost at 09:13