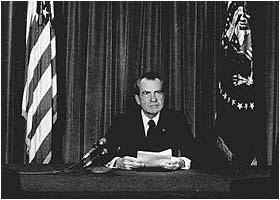 Stuart Cruickshank joined HMRC as CFO in December 2006, one year on it is reported in Accountancy Age that he is leaving in March to take up a number of public and private roles. There is no successor as yet.

Now here is the rather odd thing about this, it seems that his contract was only for one year.

-Why such a short tenure?

-How much has this cost the taxpayer to bring him on board, train him up then lose him?

-Why does the HMRC site not mention this yet?

-Will he be receiving a pay off?

-Given that at the outset it was known that he would only be around for one year, why has no successor been found?

-The really odd thing is that reading page 12 of The Gasette (The magazine for government finance professionals) Autumn 2007, I get the distinct impression that Cruickshank, and indeed The Gasette, thought that he would be around for longer than a year.

HMRC now have only an acting chairman, and no CFO.

What an excellent way to run an organisation!

www.hmrcisshite.com is brought to you by www.kenfrost.com "The Living Brand"
Posted by Ken Frost at 10:16