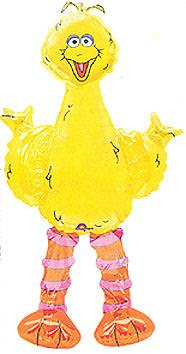 The Guardian has apologised to Tesco over its reporting of Tesco's tax affairs.

As noted on this site in April, the Guardian wrote an article about Tesco's alleged tax avoidance plans.

Seemingly the Guardian was talking bollocks, and has now stated that it no longer believes that Tesco's Cayman island structures allowed it to avoid up to £1BN in corporation tax.

"The original Guardian articles did not correctly explain the effect of Tesco's tax schemes. It was wrong to state that they were designed to avoid corporation tax. It would have been correct to refer to avoiding SDLT [Stamp Duty Land Tax].

As a result, the figure of 'up to £1bn' - calculated as the amount which could have been saved on the disposal of £5bn of property - is wrong. The loss to the exchequer is likely to be nearer the region of £90m-£100m."

All very well, but even if there had been a tax avoidance plan that could have saved £1BN, the Guardian has been duped by Hartnett and Brown into their web of deception that tax avoidance is somehow wrong.

So what if Tesco had in fact put together a tax avoidance plan for saving £1BN?

Tax avoidance is perfectly legal, we all do it each year by eg claiming our personal allowances.

Hartnett and Brown are keen to tar tax avoidance with the same brush as tax evasion (which is illegal) because they desperately need to increase the tax take, as the government's finances are blown.

Once they have cracked down on high profile schemes, they will turn their attention to the more "mundane" ones such as isa's and possibly even personal allowances.

The Guardian was duped into playing the government's and HMRC's game, yet they still don't see this. Their apology snidely refers to "clever accountants", thus leading the reader to conclude that tax avoidance is somewhat "dodgy".

However, being the Guardian, it chooses to cite their "righteous moralism" over "correctly reporting the facts" as being justification for the error.

"We remain ready to defend our journalism - in court, if necessary. We believe these matters should be subject to debate and scrutiny, and we invite further informed analysis from any readers with experience in accountancy or tax law."

They want input, I suggest that you give them some; here is their email tax@guardian.co.uk

The most effective way for the government to reduce the time, effort and money spent by HMRC on chasing tax avoiders is to simplify the tax system; thus making it unnecessary for companies and individuals to set up complex and costly tax avoidance structures.

HMRC Is Shite (www.hmrcisshite.com), also available via the domain www.hmrconline.com, is brought to you by www.kenfrost.com "The Living Brand"
Posted by Ken Frost at 09:13