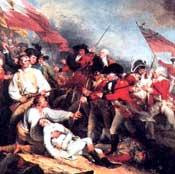 The American Revolution began over a dispute about taxes.

Some 232 years later, it appears that there is another dispute over taxes between the US and the UK. The dispute is over Brown's and the Treasury's plans to tax airlines for transatlantic and other long haul flights; instead of each passenger paying a fixed levy per flight, the Treasury will instead tax each plane. Airlines will then pass on the tax to passengers.

This has displeased the US. There is in fact a very real risk that the US will sue the Treasury, if Brown doesn't back down on his plans.

An official letter sent by the US Embassy to the British Government, which was leaked to The Daily Telegraph, shows that the Americans have "deep concerns with the proposal". They threaten the Treasury with legal action over the planned tax increase.

In theory the tax is meant to be for the "greener good" of the country and the world. However, the US letter totally refutes the "green" claims of Brown and his sidekick Darling.

"The Treasury's proposal, although cast as an environmental measure, appears in reality to constitute nothing more than a device for generating additional revenue from the airline community.

There is no linkage between the funds collected from airlines and the mitigation of any environmental impact of airline emissions or any other environmental problem…Moreover, the Treasury's proposal does not demonstrate that the new duty would influence airlines to adjust their fleets or their booking practices to achieve higher load factors...Nor are any data provided to justify the levy based on an assessment of damage from aircraft emissions."

As I have said many times, the tax policy of the UK is being driven by the overriding fact that the government is broke. The taxpayers and HMRC are the ones who have to pick up the pieces, and pay the price for Brown's mismanagement.

The US has warned the Treasury that the "proposed duty raises serious legal concerns".

The new tax, it seems, breaches a number of international tax treaties; the Americans have even sent the memo to other European governments.

How did this come about?

Whilst the government may well be broke, surely someone would have warned them that this plan would unravel?

It seems that the Treasury made a major mistake, and have been making policy up as they go along.

Another badly thought through "initiative", another backtrack and reversal; yet more mess and costs for the taxpayer and HMRC to absorb and deal with!

HMRC Is Shite (www.hmrcisshite.com), also available via the domain www.hmrconline.com, is brought to you by www.kenfrost.com "The Living Brand"
Posted by Ken Frost at 09:38