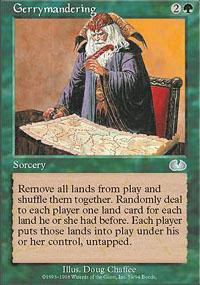 HMRC have been accused of "gerrymandering" a consultation exercise, in order to undermine union opposition to the proposed closure of certain Scottish HMRC offices.

That at least is the view of the Public and Commercial Services Union (PCS).

The PCS said that it was "disgusted" at the way staff at Dundee's Sidlaw House office, not affected by the proposals, had been included in an assessment of responses with the result that opposition appeared considerably diluted.

Approximately 70 jobs may be lost from Dundee and Perth.

The consultation process ran from June 11 until August 6, HMRC staff across Scotland were invited to pass comment on the closure proposals.

Sidlaw House workers were told that their jobs were safe.

John Oswald, the local union leader, described the inclusion of Sidlow House staff in the consultation as "underhand and despicable gerrymandering". Their inclusion diluted weight of the responses of affected staff to 27%.

"This manipulation of figures is designed to undermine our campaign in the worst possible way. Members across Scotland, worried for their jobs, have been using this consultation to show their opposition to closure.

The department must either discount Sidlaw House from the review or reopen the consultation, hold meetings with the staff and actually directly invite them to contribute."

HMRC trying to manipulate the results of a consultation?