Who's In Charge? II 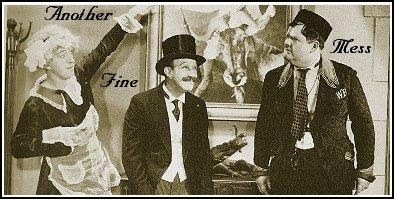 "So, who exactly is now in charge of HMRC out of the above three people...ie where does the buck now stop?"

"The Revenue, which last year scored an own goal when it lost computer discs containing half the nation's bank details, also seems to have a plethora of chiefs. Instead of one boss - it used to be Paul Gray, who stepped down after the discs fiasco - it now has three. There is Mike Clasper, new chairman of the Revenue, though he is non-executive and part-time. Now Lesley Strathie, head of Jobcentre Plus at the Department for Work and Pensions, is to become chief executive officer, though she will be responsible mainly for the day-to-day running of the department rather than policy advice to ministers. Meanwhile, the affable Dave Hartnett, who has been acting head of HMRC, is to become permanent secretary, in charge of tax. I understand the smart money is on Mr Hartnett to call the shots even though Ms Strathie will technically be the boss.

I am told this uncertainty over who is going to be in charge has meant some Whitehall heavyweights refused to apply for the Revenue's top job - despite encouragement to do so. The names mentioned include Helen Ghosh, senior official at the environment department, Sir Leigh Lewis, head of DWP, and Rachel Lomax, former deputy governor of the Bank of England. "They wouldn't touch it because they felt accountability there was in such a muddle," says one senior figure.....

So which of HMRC's three bosses is going to be in charge of lost discs? "All three will have responsibility for data security.."

This muddled arrangement clearly will not work, and is an accident wating to happen.