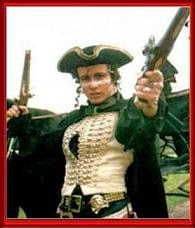 Following on from yesterday's article about HMRC increasing its spend on debt collection agencies, a joint investigation by The Independent and the campaign group False Economy has identified that hundreds of thousands of Britain’s poorest people are being targeted by private debt collectors hired by HMRC after their tax credits were overpaid.

Why were their tax credits overpaid?

Seemingly because of errors made by HMRC.
The debt collectors hired by HMRC phone the people they are targeting on their mobiles, send them text messages and write to them at home. Some of those targeted say they feel harassed and frightened.

In at least 80 tax credit cases, assets have been seized directly. This rather contradicts the message being promulgated by the HMRC spin masters that the agencies cannot seize assets.

In total, HMRC made 215,144 referrals to debt collection agencies in 2013-14 to “secure direct recovery of overpaid personal tax credits”.

HMRC Is Shite (www.hmrcisshite.com), also available via the domain www.hmrconline.com, is brought to you by www.kenfrost.com "The Living Brand"
Posted by Ken Frost at 09:33