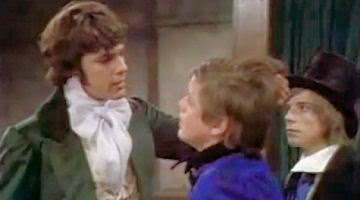 HMRC has gone on yet another one of its fishing expeditions, this time it has sent letters to a computer selected sample of taxpayers asking them to explain why their “effective rate of tax” is lower than the national average.

Baker Tilly has accused HMRC of adopting a “scatter gun approach” by sending blanket letters to taxpayers who have not done anything wrong.

Mike Down, of Baker Tilly, is quoted by the Telegraph:

“Examples we have seen include an elderly widow who pays more than half of her income to charity thus attracting relief under the Gift Aid regime.”

Thus, had HMRC checked the self assessment form first, HMRC would have realised that was the reason for the variance in the widow's tax liability.
Mr Down added:

“The Revenue is adopting a computer says yes approach, rather than simply checking the tax returns.

These bully boy tactics do not help anyone, instead they just scare innocent taxpayers.”


“Looking at the figures in your self assessment tax calculation for the tax year ended, we can see that your effective tax rate is lower than average for people with a similar amount of income to you. This could mean that there is something wrong with your tax return....
....paying the right amount of tax is important as it helps pay for the public services that we all rely on".

HMRC have denied that the letters are being send out widely, estimating that 1,000 letters have been sent out to date.


“We want to understand whether this approach will help individuals complete their self assessment returns correctly.

We are issuing 1,000 letters to customers with an income of £150,000 or more who have an effective rate of tax of 22pc or less. If a customer is content that their return is accurate then they do not need to do anything."

I assume that Google, Amazon, Starbucks and others will also be receiving a similar type of letter?

HMRC Is Shite (www.hmrcisshite.com), also available via the domain www.hmrconline.com, is brought to you by www.kenfrost.com "The Living Brand"
Posted by Ken Frost at 10:06