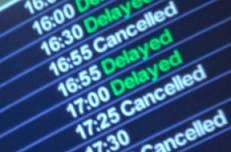 Figures obtained by UHY Hacker Young show that HMRC paid out £4.6BN to businesses in refunds for corporation tax last year. However, there appear to be delays in making these payments.

Approximately 286,000 businesses received a corporation tax rebate in the year to 31 March 2013, equivalent to an average refund in overpaid tax of more than £16,000 each. The norm for repayments to be received is around 2 to 3 months. However, some can take between 12 to 24 months.


"UK businesses are still finding that they are overpaying their corporation tax in the billions of pounds. It shows how important it is for companies to regularly review any overpayment of tax as HMRC will not be looking to see if it owes them money."

Referring to the delays, he said:


"This can make the burden for companies struggling with unexpected losses or lower than anticipated revenues even heavier. It’s not unheard of for some to simply fold under the pressure in the meantime, as cashflow dries up.

Given that the number of rebates has been falling in the last few years, HMRC should be getting quicker but this doesn’t seem to be happening in reality."

I would be interested to hear from people about their experiences of obtaining a refund of overpaid corporation tax.