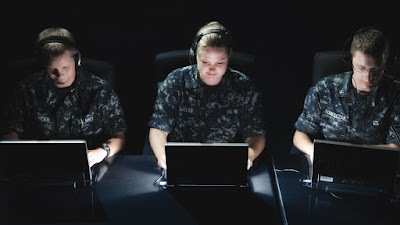 Well now, here's a funny thing it appears that HMRC is pushing ahead with its own plans to build an online authentication portal following the decommissioning of the current Gateway portal in 2018.

This portal will be able to authenticate businesses, something the Government Digital Service's online authentication system Verify cannot do.

What is so "funny" about that I hear you ask?

Well it transpires that HMRC doesn't want the Cabinet Office to know that it's doing that.

Oops, now that it's in the public domain it will now know!

For why is it such a "secret"?

A spokesman for HMRC is quoted by The Register:

"The current Government Gateway will be replaced with a new version of the service. The replacement service will continue to support business and agent users into the future.

We know that GOV.UK Verify doesn’t work for all our customers yet. To make sure that everyone who wants to use digital services is able to, we’ve put in place a complementary service for those customers struggling to get online, which is based on Government Gateway but with an added 2-step verification process and identity check to further strengthen security.

The Government Gateway service will continue, although there will be improvements to security, design and usability delivered in a new version of Government Gateway. DWP is working with HMRC and other Government users to define the new service and when and how to achieve the move to the new version.

The replacement service will continue to support business and agent users into the future.”

This fark up doesn't appear to be HMRC's fault this time!

HMRC Is Shite (www.hmrcisshite.com), also available via the domain www.hmrconline.com, is brought to you by www.kenfrost.com "The Living Brand"
Posted by Ken Frost at 09:16