"Scams For Scumbags" To Appeal Against HMRC 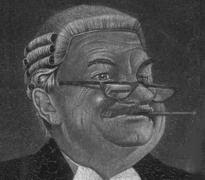 The Guardian reports that Ingenious, the investment firm that persuaded celebrities, sports stars and business leaders to invest in controversial film partnership schemes will today launch an appeal against HMRC that could cost  HMRC up to £1bn.

Stars from the worlds of sport and entertainment, including David Beckham, Ant and Dec and Jeremy Paxman, are among those who put money into investment schemes run by the Ingenious Group, a financing company that funded more than 60 films including Avatar and Brooklyn.

In what is set to be the longest tax tribunal appeal ever, Ingenious will fight to overturn the court’s decision that HMRC was correct in deciding that the investments should not give rise to tax relief for their investors.

Ingenious, which said it was offering legitimate investment in the film industry, has been accused by HMRC of tax avoidance (which is perfectly legal), with a former HMRC boss (David Hartnett) describing its schemes as “scams for scumbags”.

An estimated £620m worth of tax relief was claimed by investors, which, combined with interest, means £1bn is at stake if HMRC loses the case.