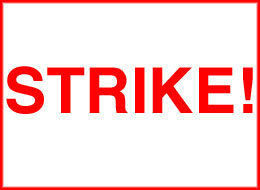 The Morning Star reports that cleaner who work in the HMRC offices in Merseyside are striking for a week over pay.


The cleaners, who are members of the Public and Commercial Services union (PCS), were outsourced to contractor ISS.

They have asked the company to pay them £10 an hour. They also want holiday entitlements and full sick pay from day one of employment.

The strike, which began on Monday and runs until Friday, is the second in the cleaners’ campaign for better pay.


“Our members are taking on a belligerent multimillion-pound contractor who refuses to pay the living wage.

With ISS making outlandish profits they can easily afford to pay people who keep HMRC offices in Liverpool clean £10 an hour.

Ministers in HMRC need to step in and take all contracted-out staff back in house and give them Civil Service terms and conditions.”