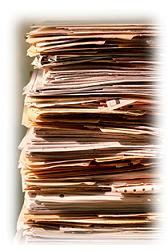 The Office for Statistics Regulation has confirmed it is to review the quality-assurance principles and processes HMRC uses for its data publication after a double-counting error added almost £7bn to its Corporation Tax receipt statistics.

Director general for regulation Ed Humpherson said HMRC had invited the watchdog to give an independent assessment of the department’s quality-management approach and identify areas of improvement after the “significant error” emerged earlier this year.

While the error – revealed by HMRC in September – has not resulted in any financial loss to the nation's coffers, it did mean that Corporation Tax receipts statistics reflected a figure that grew to become a combined £6.95bn higher than should have been the case between April 2011 and July 2019.

Humpherson said HMRC’s most recent set of Corporation Tax statistics, published in September, had corrected the data and noted that the actual figures reported in HMRC’s accounts remained the same.