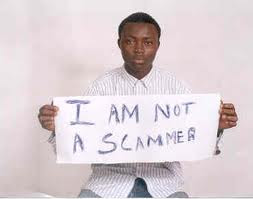 The FT reports that almost 900,000 people received scam emails, texts or calls purporting to be from HMRC in the past year.

HMRC has urged the public to be vigilant in the run-up to January 31’s tax return deadline.

Seemingly the most common scam, reported by more than 620,000 people, was the unexpected offer of a tax rebate by phone, text or email.

Victims were directed to phishing websites bearing the HMRC logo, designed to trick them into disclosing personal information, including their bank details, address, date of birth and mother’s maiden name, enabling their money to be stolen.

More than 100,000 of the fraud attempts reported to HMRC concerned phone scams, where criminals posing as HMRC staff threatened victims with arrest or imprisonment if fictitious tax bills were not paid.

HMRC has set up a special email address — phishing@hmrc.gov.uk — so that members of the public can use to report scams.

HMRC Is Shite (www.hmrcisshite.com), also available via the domain www.hmrconline.com, is brought to you by www.kenfrost.com "The Living Brand"
Posted by Ken Frost at 08:54