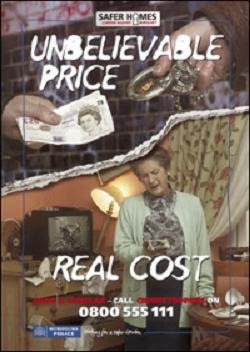 Some rather interesting news emerged over the weekend, about HMRC buying a series of CDs containing the personal details (eg bank accounts) of a large number of British citizens.

Could this be the missing CDs that HMRC lost last year, containing the details of 25 million child benefit claimants?

These CDs apparently contain the details of a large number of wealthy people who hold bank accounts in Liechtenstein.

HMRC are so keen to track down every penny of tax, that they believe is owed to them, that they have now stooped to paying off nefarious characters in order to obtain information about suspected tax evaders.

HM Revenue & Customs paid £100K to Heinrich Kieber, for data that it will use to launch investigations of up to 100 British citizens who have accounts at Liechtenstein's biggest bank (LGT).

Now, you may well ask, how did Herr Kieber obtain this data?

Well, he seems to have nicked it.

In 2004 he was convicted of fraud for stealing sensitive information from his employer, LGT, the biggest bank in Liechtenstein, which is controlled by the principality's royal family.

Maybe someone should remind HMRC that it is an offence to knowingly handle stolen goods?

Now that these CDs are in the hands of HMRC, given their lamentable track record with regard to information security, can we expect these CDs to be "lost" and then appear on the open market again for purchase at the highest price?

Of course HMRC would argue that none of this subterfuge, unpleasant dealings and costs (in terms of time, money and effort) would have to be undertaken if people didn't go to such extraordinary lengths to evade tax.

That in itself is true, up to a point. However, one of the prime motivations for tax evasion is the complexity of the tax system.

Simplify the tax system to resolve this problem, and cut the costs of collecting tax:

- increase the personal allowances to around £10K
- introduce a flat rate of tax of around 20%
- abolish all other perverse taxes such as; stamp duty, CGT, IHT, NI etc
- increase the rate of VAT to make up the shortfall

Do the above, and there will be a dramatic reduction in the amount of time, effort and money expended by both taxpayers and HMRC in trying to wade their way through the tax system.

HMRC Is Shite (www.hmrcisshite.com) is brought to you by www.kenfrost.com "The Living Brand"
Posted by Ken Frost at 12:00