From Bad To Worse - The Sweet Smell of Bullshit 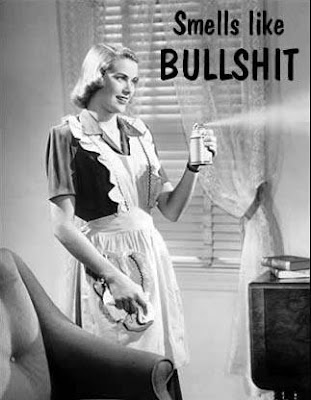 Congratulations to those running HMRC, for proving that they can make a bad situation worse!

It seems that security breaches at HMRC have risen dramatically since the data discs fiasco.

How the fark can that be?

HMRC and its political masters had promised to improve security, after last year's spectacular loss of 25 child benefit records. However, as we all know, the promises of politicians and bureaucrats are worse than worthless.

HMRC have clocked up a stunning ten security breaches a day since October last year, compared to eight per day the previous year.

The losses include physical theft of computers containing information about members of the public, and mobile phones with private numbers stored in them.

Since October 2007 there have been 1,993 incidents. On the assumption that this "stellar" performance continues, there will be more than 2,700 breaches by this October.

Those of you who are a tad worried about this need have no fear, Treasury Minister Jane Kennedy has an excuse:

"This high level of reporting reflects the increased awareness of staff following the child benefit data loss in October 2007."

Read that again, just to make sure that you fully understand what this daft woman just said.

I would like to hear what the members of staff of HMRC think about her "excuse", and the real reason that security breaches have increased.

HMRC Is Shite (www.hmrcisshite.com), also available via the domain www.hmrconline.com, is brought to you by www.kenfrost.com "The Living Brand"
Posted by Ken Frost at 11:48