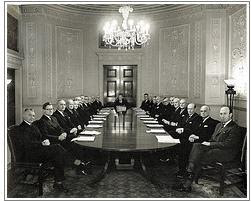 The announcement by HMRC yesterday of the appointment four new non executive directors brings a wealth of experience to the board.

Colin Cobain was Chief Information Officer of Tesco and had been voted CIO of the Year.

"Sue Street has steered the DCMS through some very challenging times, positioning the department at the heart of Government, maximising links with the creative economy and culminating in the Olympic bid last year.

That success, and her leadership since, has seen Britain get off to a flying start as the host nation for the Olympics in 2012."

Factoid - the budget for the Olympics was originally under £3BN, it now stands at £12BN (including £2BN running costs).

Phil Hodkinson was group Finance Director of HBOS, until he retired at 50 in 2008. HBOS was bailed out by the government last year.

HBOS, according to The Times, could be "hollowed out" by its takeover partner Lloyds TSB.

I note that HMRC state the following:

"As Non-Executive Directors for HMRC they are bound by the rules on avoiding conflicts of interest as set out in HMRC guidance. This means they have to take all possible steps to protect themselves and the Department from allegations or perceptions of impropriety.

As chairman of HMRC, Mike Clasper will work with the Non-Executive Directors to help them avoid conflicts of interest, and he will take steps to ensure that they will not be involved in issues affecting an individual tax payer or groups of tax payers."

I also note that:

"Phil Hodkinson is currently an external adviser to the HMRC Senior Management Team and the Audit Committee. He has supported the department in the wake of the data loss and implementation of the Capability Review..."

Do my eyes deceive me, or is that not a conflict of interest that kind of involves issues affecting tax payers?

How will Clasper square that one then?

HMRC don't really get this Corporate Governance malarkey do they?