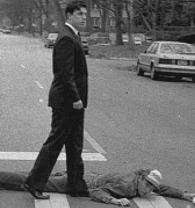 An ombudsman has ruled that HM Revenue and Customs showed "reckless disregard" for an Aberdeen businessman who claimed he was wrongly declared bankrupt.

"It appears that HMRC's actions were motivated more by a desire to defend their position than by any recognition of the serious injustice suffered by Mr Fowler.

HMRC pursued Mr Fowler with a reckless disregard for his rights and the consequences of their actions – consequences Mr Fowler has had to live with for five years.

Post sequestration, HMRC's actions could legitimately be described as self serving and mean spirited. In their desire to defend their own position, HMRC completely lost sight of the devastating impact that their mistake had had on Mr Fowler.

They neither apologised to him, nor gave any thought to remedying the situation. That is not the standard of behaviour I would expect to see from a government department."

"Any competent check of HMRC's computer system would have identified that the debt had been paid, yet no action appears to have been taken.

These were very serious failings. It is entirely unacceptable HMRC set the process in train and then, in effect, absented themselves.

Given the gravity of the situation, the almost total lack of care exhibited by HMRC is indefensible and this fact needs to be recognised by them. It appears that HMRC's actions were motivated more by a desire to defend their position than by any recognition of the serious injustice suffered by Mr Fowler."

How wise is it to grant HMRC more powers?