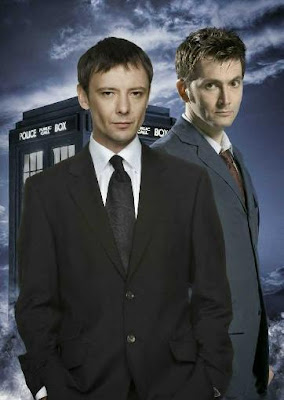 HMRC's recently launched charter promises to "put mistakes right as soon as we can".

What does "as soon as we can" actually mean?

HMRC in fact seem to regard "as soon as we can" as being a "paltry" 13 months!

The figures come from the adjudicator's office, which handles complaints against HMRC.

That is the average time (some hapless self employed taxpayers are in fact having to wait up to 18 months) it now takes HMRC/the adjudicator to communicate to taxpayers the outcome of complaints against HMRC.

The appalling lag in communication appears to be down to a rise in complaints about tax credit awards, and staff shortages.

There is a solution for taxpayers, caught in the bureaucratic mire of HMRC and the adjudicator's orifice, build a Tardis and travel to the future to find out the result of the case.

Would the cost of such a capital investment be tax deductible I wonder?

HMRC Is Shite (www.hmrcisshite.com), also available via the domain www.hmrconline.com, is brought to you by www.kenfrost.com "The Living Brand"
Posted by Ken Frost at 11:25