HMRC "The Most Corrupt Business In Britain" 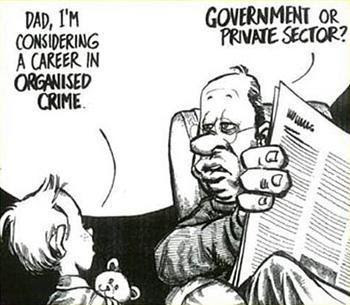 Here are Sam Allardyce's views on HMRC, as per the Telegraph:


“The most corrupt business in our country would be what?

You’ll be shocked when I tell you this – HMRC.

They fly out tax demands without any real knowledge whether they should or shouldn’t.

They just put ‘em out willy-nilly and if you pay them, people s--- themselves and pay them.

Then they go to their accountant and say, and if you’ve got a s--- accountant, the account s---- himself and says, well you must owe them, you had better pay it.

But because the country’s so skint, they come to government and say we’re skint, government says we’re skint how we gonna get the money. Let’s change the laws and let’s just fly out these demands.

If you invested in this tax scheme, where they pay the tax back, for investing in new businesses, or in regeneration zones, do you know what I mean, in current poverty areas.

But HMRC, you have to pay it back even if you don’t owe it.

Well I suspect the the most corrupt business in Britain is in fact football, but hey ho feel free to disabuse me of that.