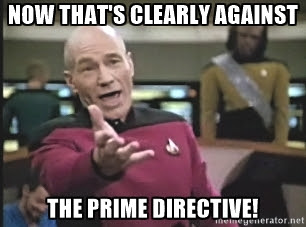 Hartnett gave journalists from The Times an "off the record" briefing in 2012.


Economia reports that during the course of the briefing, agreed to be “off the record”, the journalists instigated a conversation with Hartnett about Ingenious, its CEO Patrick McKenna about a film investment scheme. Some of the information was used in a later Times story.

A 2013 High Court judgment struck out Ingenious' breach of confidentiality claim against HMRC on the basis that the briefing was off the record. Ingenious also lost an appeal in 2015.

The highest court in the land, however, ruled that HMRC had breached its duty of confidentiality.

Lord Toulson, the Supreme Court justice, said in his ruling, “The information supplied by Mr Hartnett to the journalists about Mr McKenna and Ingenious Media was confidential in nature, in respect of which HMRC owed a duty of confidentiality.”

“The fact that Mr Hartnett did not anticipate his comments being reported is not a justification for making them. The desire to foster good relations with the media and to publicise HMRC’s view about tax avoidance schemes and speculation that the journalists may have subsequently informed Mr Hartnett about other tax avoidance schemes do not provide sufficient justification for the disclosures either.”

Ingenious has been awarded costs and is now considering whether to seek compensation.

As per Lord Toulson:


“The whole idea of HMRC officials supplying confidential information about individuals to the media on a non-attributable basis is, or should be, a matter of serious concern.”

Will Hartnett and those others responsible be prosecuted for this?