HMRC and Concentrix Pass The Buck 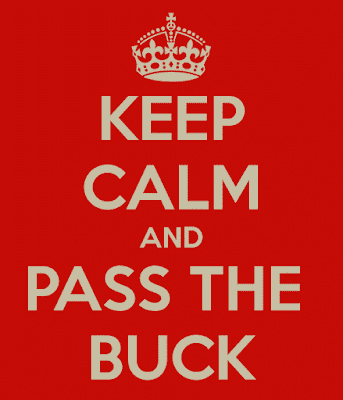 Unsurprisingly the buck passing by both HMRC and Concentrix, over the tax credits fiasco, has not amused the Work and Pensions Committee.

As per CCH Daily the committee said it will write to both HMRC and Concentrix asking for ‘urgent information’ on how the outsourcer’s performance of Concentrix was monitored by HMRC and the levels of staffing and training at Concentrix.

It said there had been ‘repeated buck-passing’ between Concentrix and HMRC as to who was responsible for failure to assess claims correctly when carrying out fraud checks.

In addition, the committee wants details of the steps HMRC will take to compensate claimants, to ensure they are not further disadvantaged, and its plans to review decisions taken by Concentrix. It is seeking an assurance that Concentrix will not be compensated for HMRC taking much of their responsibilities back in-house. The committee also plans to issue a report into the scandal.

Well then, let's see what crawls from beneath the stones that the WPC aim to kick over!