SLC Were Warned About Lamey 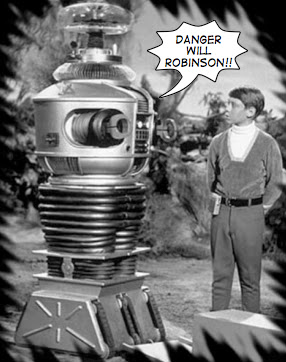 As loyal readers know, Steve Lamey (ex CIO of HMRC) has featured a few times on this site.

Anyhoo, he is back in the news again following his less than happy time at the infamous Student Loans Company.

The FT reports that civil servants had in fact warned ministers against appointing Lamey as chief executive of the Student Loans Company (he was suspended over misconduct allegations after just over a year in the role).

Lamey was appointed to the SLC in June 2016, when the company was supervised by the business department. Monitoring passed in July 2016 to the Department for Education. He was suspended in July 2017 over a series of allegations, including some brought to the company’s attention by whistleblowers,.

The claims included allegations of:

- bullying behaviour (a prerequisite for management in HMRC, according to many staff who comment on this site),

-the taking out of a lease on a new building without proper approval,

-and unauthorised changes to the SLC’s governance.

Lamey, who denies any wrongdoing, was dismissed in November 2017.

It seems that, according to an NAO report (Investigation into oversight of the Student Loans Company’s governance, and management of its former chief executive) published today, Lamey’s references from HMRC “raised questions about Mr Lamey’s ability to build the right relationships, trust and rapport”.

Business department officials said it would be “too risky” to appoint him and recommended re-running the process. However, an unnamed special adviser at the business department pointed out that Lamey’s 2011-12 performance review at HMRC called him a “top performer”.

The adviser also questioned the fairness of the HMRC references, and raised concerns about the cost of starting a new recruitment process.

Hence warnings about him were ignored!

He was eventually dismissed for gross misconduct in public office over a series of allegations, including breaches of the Nolan principles on standards in public life, guidance on the management of public money and the company’s code of conduct.