Ignorance of The Law Is a Reasonable Excuse 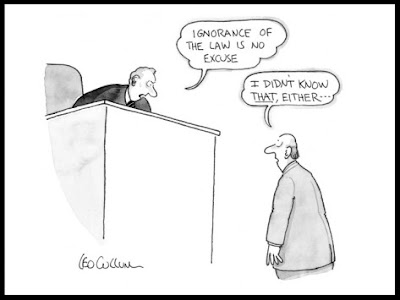 In Bradshaw v HMRC [2018] UKFTT 0368 (TC), the First-tier Tribunal (FTT) has held that a taxpayer's ignorance of the law is a reasonable excuse in relation to the late filing of a non-resident CGT return (NRCGT return).

As per RPC Mr Richard Bradshaw and his wife (the taxpayers), emigrated to Canada in 2004. The taxpayers were resident in Canada at the time they disposed of a UK property on 29 June 2015.

On 20 October 2016, the taxpayers each delivered an NRCGT return to HMRC in electronic form.  The NRCGT returns claimed private residence relief until 20 July 2004 and showed no gain or loss.  As such, they declared no CGT liability.

On 2 and 5 December 2016, HMRC wrote to the taxpayers issuing each with a notice of assessment for a late filing penalty.  The penalties were issued by HMRC on the basis that the NRCGT returns were not filed within 30 days of the disposal of the UK property, as required by section 12ZB, Taxes Management Act 1970. The 30 day time limit was introduced by paragraph 43, Schedule 7, Finance Act 2015, in relation to disposals made on or after 6 April 2015 (the New Law).

The taxpayers contended that their ignorance of the law was a reasonable excuse as HMRC had failed to publicise the introduction of the New Law and as soon as they became aware of the New Law they submitted NRCGT returns.

The FTT held that ignorance of the law can be a reasonable excuse for the late filing of a NRCGT return.

This ruling means that the concept of "reasonable excuse" is wider than HMRC's suggestion of an "unforeseeable or inescapable" event.

Another key point from the ruling is that taxpayers can rely on the advice of a third party, which has implications for those stuck in the IR35 and loan charge debacle.