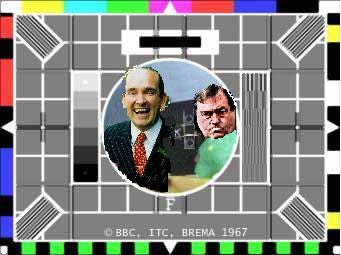 As per the National Audit Office:


"Following concerns raised by Parliament and individuals employed by the BBC, the National Audit Office has investigated the nature of, and associated issues related to, individuals hired by the BBC on a freelance basis, particularly those hired through personal service companies (PSCs)1.

In its investigation, published today, the NAO has found that the BBC has taken steps to help affected individuals, however issues remain unresolved and a number of possible outcomes may have future financial implications for the BBC.

The BBC hires thousands of freelancers every year, covering a number of different roles both on and off-air, including actors, entertainers and off-air workers, such as camera operators. Between 2004 and 2013, the BBC developed policies for what contracting method could or should be used when hiring freelancers in on-air roles, resulting in some roles being contracted through PSCs. It based its decisions on whether roles were employed or self-employed for tax purposes on its understanding of HM Revenue & Customs’ (HMRC) guidance and, for on-air presenters, of industry practice.

The government introduced legislation in the Finance Act 2000, commonly known as IR35, to counter concerns that some people were using PSCs to avoid paying the correct amount of tax. It sought to ensure that people who work in the same manner pay comparable income tax and national insurance, whether they are employed directly or work through a PSC.

Central to the application of IR35 is the assessment of an individual’s employment status for tax purposes. However, assessing employment status is complicated as there is no precise statutory test and instead each case must be assessed individually against a number of factors.

The Committee of Public Accounts first addressed the BBC’s use of PSCs in 2012 as part of a wider enquiry into off-payroll working across the public sector.

In April 2017, the government transferred responsibility for determining employment status for tax purposes of people hired through PSCs to the public bodies hiring them. Prior to this date, PSCs did this themselves and therefore bore the risk of incorrectly assessing employment status and paying the incorrect amount of tax.

The BBC applied HMRC’s 2017 assessment tool to determine employment status for on-air roles. This generated a different employment status for tax purposes in many cases, compared to the BBC’s previous use of its own assessment test and understanding of HMRC guidance. By June 2018 the BBC had assessed 663 on-air freelancers using HMRC’s tool and 92% received an ‘employed for tax purposes determination’. In contrast, prior to this, the BBC assessed the majority of on-air freelances as self-employed.

Between April and September 2017 the BBC paid £8.3 million of tax on account to HMRC to avoid any penalty charges for not paying tax that was potentially due. It started to recoup this money when it was certain about an individual’s employment status for tax purposes, but has not yet fully done so, in part because of concerns raised by individuals. By June 2018, it was yet to recoup £2.9 million.

The BBC’s implementation of these changes has adversely affected its relationship with some of its presenters, who have expressed fears that a change in their assessed status will open up a retrospective HMRC investigation. 170 presenters publicly expressed concerns with the employment status for tax purposes given to them by the BBC through an open letter, with claims that the BBC bears some responsibility in relation to HMRC’s tax demands. Individuals have said they only started operating through PSCs because the BBC required them to do so if they were to receive work from the BBC, and they feel that they have received misleading or limited information from the BBC.

The BBC has taken steps to help affected individuals. For example, for some people it has paid bridging loans and given a contribution towards additional book-keeping fees arising from the IR35 compliance changes. In addition, in March 2018, the BBC announced its intention to set up an independent mediation process for cases where on-air presenters, who were hired through PSCs, believe the BBC bears some responsibility in relation to HMRC demands for employers’ national insurance contributions.To improve guidance available to those working in the media industry, the BBC is also currently working with HMRC, alongside others in the media industry, on updating HMRC’s employment status manual.

By May 2018, the BBC estimated that some 800 presenters, nearly 300 of whom were hired through PSCs, warranted further review as they were at risk of being challenged by HMRC. This could involve tax arrears for the BBC and for the PSCs.  According to HMRC, as at October 2018, there were about 100 open investigations into BBC-related PSCs.  All open cases relate to tax years prior to 2017 and the vast majority of these were opened prior to the reform.