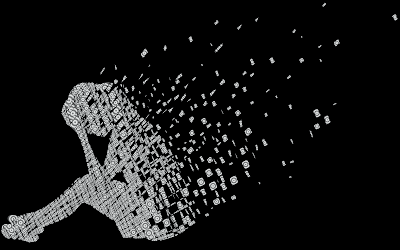 My thanks to a loyal reader who asked me to publish this, to show the effects that HMRC's actions have on people on the receiving end.

This was my response a recently published newspaper article “HMRC’s harassment worsened our mental illness”.

It was one of the saddest things I’ve read in ages. Unfortunately, it’s a much more common story than one might think. My three business partners and I have been fighting HMRC and their harassment for many years now.

In light of your article I thought perhaps you might be interested in our ongoing battle, and the toll its taken/taking.

As I’m writing this, the latest threatening letter has just arrived, it’s the 14th December 2018 and I don’t think it’s a coincidence that this letter has been sent just in time to ruin Christmas. Apparently, this is something they do just to add extra stress and pressure.

Could you please keep my details private, as I’m concerned about repercussions from HMRC and other Government Agencies? Something we have been victims of in the past for whistle blowing on in-house corruption.

My partners and I have built our businesses from the ground up over the last 20 plus years. We all started with nothing and through hard work, great employees and customers, created wonderful businesses.

At its peak, our companies turned over in excess of £35 million pounds employing over 250 people.

We employed many apprentices in varying disciplines, something we are very proud of.

Many years ago it was suggested to us by our accountants that there was a scheme in place called an EBT (Employee Benefit Trust). Going forward the same or similar scheme has changed name to an Efirb.

This scheme allowed nominated employees to take out loans from the company so long as the company could demonstrate to the tax authorities that the loans could be facilitated from that year’s annual profit.

The loans would be set up via a trust and interest charged on the loans. Having these loans provided funds for investment in other ventures and many other things one buys with a loan.

After talking to the Inland Revenue regarding the legality of the EBT’s, we were satisfied they were legal and issued numerous loans over a 3-4 year period.

These were only ever loans, not wages or anything else. The plan was to repay the tax on the loans from future dividends and profits, especially as the company was doing so well.

Unfortunately changes in government procurement requirements prevented us from re-tendering for some of our major government contracts, some of which we had retained for over 15 years. That and other lost private sector contracts left our company in a precarious position. We put money back into our companies to restructure, which saved the companies, but reduced our work force by half. But we still had our companies and were moving forward again.

At the same time HMRC retrospectively changed their legislation providing them with the power to demand accelerated payment notices (APN’s) for the tax element of the EBT’s.

This we were told was down to the abuse of the scheme. Apparently, companies had been paying salaries using the scheme, something we had never done. Rangers Football Club were the main subjects of a court case, which as I understand became a test case that after several appeals, eventually went in favour of HMRC. This ruling was used retrospectively hence the APN’s.

As shareholders we had already paid monies back into the company to save it from bankruptcy, so disposable funds were scarce. HMRC had sent us APN demands for the first EBT’s. Consequently, we met with them agreeing payment terms, paying the maximum the restructured companies could afford. They threatened to start repossessing company assets unless we did this, why I’m not sure, how can we make payments without a company to earn income.

We were now subject to the perfect financial storm. A decline in business revenue and APN’s being issued by HMRC.

To facilitate the payments to HMRC, we made as many cut backs as we possible, the board of directors gave up having a salary for as long as we could. We were doing our best to meet the APN demands. You might ask where the loans had gone. Well that’s exactly what they were loans. Not monies squirrelled away, hidden under the mattress. The majority of the money had been spent, a lot paid back to the company and invested in other things. Why would we not spend it? It was a company loan, not stolen money, not money sent to a tax haven or offshore account, nor to buy a forest in wonderland. Why would we keep it sitting in an account? Just in case we had to pay it back in full, which was the last thing on our minds?

It was quite obvious that when the next round of APN demands came in we could not meet them and because HMRC had already threatened to start repossessing company assets, it was suggested by our accountants that the only way to save our companies and the jobs of our remaining employees, was to start up another company and transfer the business over to the new company. They made it quite clear that if we did not do this, the HMRC demands would make solvency untenable. This was devastating news, over 20 years of hard graft just thrown away because of retrospective changes in legislation by HMRC.

Over the last six months/year we have done this and secured the jobs of our remaining employees.

During this period we, being the four shareholder Directors have lost our companies, our dignity our health and many good customers. It’s important to point out that not one of our suppliers or sub-contractors went un-paid during this transition. It would seem that we are now branded tax-dodging criminals, pariahs in the eyes of the HMRC and some of the public. One of us is battling cancer and another fighting severe depression. More recently another of us has suffered a third bout of pneumonia and was recently diagnosed with TB.

Are these ailments related to the stress, anxiety and harassment, according to health experts they might very well be and the HMRC situation certainly doesn’t help.

One of us has said ending their life seems to be the only release from relentless threats and intimidation from the HMRC. This from a broken man, who has worked his whole life creating jobs and paying taxes. He is a very strong character, a leader, but HMRC have systematically, through continued intimidation and harassment created a human being who can no longer function in his day-to-day life.

HMRC have now threatened doubling the debt and adding astronomical penalties if we don’t pay everything back in full now, even though the companies are no longer trading.

The future now looks even bleaker for all of us, as HMRC are yet again changing the legislation so that they can pursue individuals for their APN tax, even though the debt lies with the insolvent companies. Astonishingly the Limited company veil of protection seems to have been lifted by HMRC.

We are not tax dodgers; we have not, and never have partaken in tax evasion or avoidance schemes. Between us we have paid more tax than most and created thousands of tax paying jobs. We just took out legal loans, nothing hidden. In fact, the loans formed part of our annual tax return, and couldn’t be taken without the consent of HMRC; they had to agree that annual profits were earned to facilitate the loans.

At the time we took these loans these schemes were recognised as legal by HMRC. We were not fools; under no circumstances would we have taken part in these schemes without first checking with our accountants and HMRC that they were legal, which they were.

If HMRC doubted the legality of these schemes why didn’t they stop them? Surly they have a responsibility to ensure such schemes are either legal or not at the time they were used, not retrospectively just because they messed up.

Our advisors have told us, that the tax authorities need revenue. They have gained the support from the public through their recent name and shame campaigns.

The irony of all of this is, that I’m pretty certain that these schemes still exist, albeit with updated rules.

This is an extract from one of our recent email exchanges.

I’m sorry to say things here are not good. ______ not getting any better, here’s hoping the next set of test results are more positive.

It just seems so unfair that we find ourselves in this position.

Everything we did was aboveboard and legal. We even had to inform the bloody Inland Revenue of our intention to take EBT loans. They never at any time objected, or said what we were doing was wrong, why is that, I just don’t understand?

I know I’m ranting on again, but I just can’t make any sense out of it.

The last 4 years have been a living hell for all of us, especially you, with the issues you’ve had to deal with.

As hard as I try to rationalise the situation, I still find myself in some very dark places. More so at night when your mind plays havoc with perspective and reality. Thank god I’ve got a good support system around me, ------ and the kids are brilliant.

Depression, anxiety, fear and stress are a daily part of my life these days.

I’m not sure about you, but I just can’t focus on anything, works just a no-no.

There’s only so much antidepressant drugs can do. I can’t spend the rest of my life walking around like a bloody zombie. But it’s the only way I can deal with this at the moment, HMRC thrive on miss information and shadowy threats. They revel in intimidation trying to force people into breaking down.

Unfortunately, it will take some poor sods suicide before they realise exactly what they are doing, with a bit of luck I won’t be that poor sod, but I’m just not sure how much more I can take. For the first-time last week, I had a full-blown panic attack. It was like an out of this world experience, I thought my heart was going to jump out of my chest and the sweating and shaking was something to be seen, it didn’t last long but was terrifying, I don’t want to go there again.

Medication seems to be the only way forward, because I just can cope. A full night’s sleep is a thing of the past.

I’m not even able to open my emails on my own anymore for fear of what they might contain. The letterbox is a big problem as well; I just can’t cope with any official looking letter.

Sometimes I think it would be so nice just not to wake up (if I could sleep).

Sorry to blurt out all my woes, just sounding off.

Email ThisBlogThis!Share to TwitterShare to FacebookShare to Pinterest
Labels: HMRC