An Inspector Calls - An Investigation Into Border Security Checks 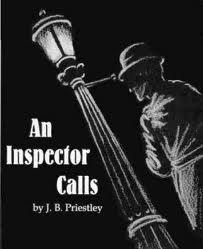 A litany of failings were noted in the report, eg at times immigration staff acted potentially illegally by relaxing the supervision of travellers entering this country at least 15,000 times in the last five years.

More than 500,000 people were allowed into Britain unchecked due to the repeated suspension of vital checks, opening up an “unacceptable” breach in the country’s defences against terrorists and criminals.

All very interesting, but what has this got to do with HMRC?

Well the recently appointed head of HMRC (Lin Homer) was head of the UK Border Agency until summer 2011, in fact she was the UKBA's first CEO.

By the way, it is now likely that the UKBA will now be split up in order to improve its performance.

Could the same fate be awaiting HMRC?

I reproduce an extract of Mr Vine's summary below:

"There is an urgent need to establish a new framework of border security checks. This should unambiguously specify the checks that must be carried out at all times and those where there is discretion to suspend checks based on risk or health and safety. There must be a shared understanding of any such discretion by Ministers, senior managers and front-line staff across all ports so any suspensions of checks are applied consistently and only when necessary. There must be greater clarity on the levels of authorisation required to suspend checks and when decisions require the explicit agreement of Ministers. Language and terminology must be precise in all policy proposals, responses from Ministers and operational guidance to prevent any misunderstanding by front-line staff.

Records must be kept which accurately set out the number of times checks are suspended and the reasons why. Ministers should be told of the suspension of checks so they are aware of what is happening at the border. If 100% checking at all times is the model that Ministers and the Agency decide upon, it requires a detailed analysis of staff deployment at the border, how technology is used and how passenger queuing times can be managed without compromising security.

Overall, I found poor communication, poor managerial oversight and a lack of clarity about roles and responsibilities. There was no single framework setting out all potential border security checks, which of these could be suspended, in what circumstances and the level of authority required at Agency or Ministerial level to do so.

There is a fundamental question of how free the Agency should be to decide its own operational priorities. These are important issues that need to be considered in order to define and agree the boundaries between the Home Office and the Agency.

There had been no attempt to incorporate the verification of fingerprints using Secure ID within the existing Home Office Warnings Index (WI) Policy. The purpose of the Secure ID check is to identify any passengers trying to enter the UK using a false identity and considerable public money had been spent on its introduction. Despite this, its implementation was hampered by the absence of an operating policy and associated guidance for staff. This led to different assumptions being made about whether, and, if so, in what circumstances, the check could be suspended. When it was introduced, there was no evidence to indicate whether decisions on its use or suspension should be made by the Agency or by Ministers. This lack of clarity continued until May 2011, when the Home Secretary stated that she did not want Secure ID to be suspended as part of a move to risk-based border checks. At that point there was no evidence that the Agency informed Ministers that Secure ID had been suspended in the past or secured approval for any subsequent suspensions.

Communications between the Agency and Ministers and between senior managers and operational staff was poor. There was a lack of clarity in the language used with consequent ambiguity when decisions were converted to operational practice. This was compounded by instructions to staff that did not always accurately reflect what Ministers had agreed. The number of suspensions, the precise reasons they occur, the level of authorisation necessary and the specific impact on both border security and on passenger clearance times must be absolutely clear.

The number of occasions when WI and Secure ID checks were suspended and risk-based measures invoked was affected by a number of factors including the volume of passengers arriving, the level of risk presented by them, the numbers of staff deployed and the infrastructure of ports affected. This was most apparent at Heathrow and Calais and resulted in more frequent suspension of checks at these ports. Any framework of border security checks must take account of these factors and there needs to be a clear understanding of how these policies will operate in practice. Importantly, there was no clear understanding of when „health and safety‟ was a ground for suspension, resulting in different assumptions as to the number of times checks might be suspended.

While there was a consistent understanding that suspensions may be necessary for health and safety reasons, these occurred more frequently than the Agency‟s senior management and Ministers had assumed. In addition, there was no consistent understanding at senior management and Ministerial level of when and why the length of passenger queues might constitute a health and safety issue. Records showing the number of times border security checks were suspended and the reasons for these were maintained at all ports. However, the level of detail recorded differed, and there were significant discrepancies between the records maintained at individual ports and records maintained centrally by the Agency. Record-keeping showing the suspension of Secure ID checks was particularly poor.

There was limited staff understanding at ports as to why accurate and detailed records needed to be maintained and how and whether the information would be used by the Agency to maintain management oversight, develop policy or change operational practice. Despite regular visits by senior managers, there were insufficient enquiries undertaken to find out precisely what was happening at ports. No process was put in place to analyse the number of occasions and reasons why checks were suspended.

There is nothing I have discovered which could not have been identified and addressed by senior managers exercising proper oversight. I was particularly concerned to find one example of a local initiative operating at Heathrow under which border controls were relaxed and which had not undergone any scrutiny by more senior managers or Ministers. I found this to be potentially unlawful and it reinforces the need to clarify what local managers can and cannot authorise. The risk to the border when checks were suspended needs to be kept in perspective. I found that the WI check which indicates whether a passenger has previously committed a terrorist, criminal or immigration offence or is of interest to law enforcement agencies was generally carried out consistently. This check occurred even where other measures were relaxed and provided assurance that those who had previously come to the attention of the authorities would be identified and, where appropriate, refused entry. However, I believe that the number of occasions when this check was suspended – over 350 and notably at the juxtaposed controls - was too high. Although these were generally for health and safety reasons, the volume indicates an urgent need to assess how the particular health and safety issues at those locations can be addressed.

Furthermore, it was unacceptable that the WI check had not been carried out for British and EEA nationals on a limited number of Eurostar services. This amounted to a considerable number of passengers over a period of four years. On the basis of what I have seen since 4 November 2011, it is apparent to me that the Agency does now have a much firmer grip in respect of border security checks than was previously the case. A significant test will be whether this can be maintained during periods of greater passenger volume and for the Olympic and Paralympic Games.

Security of the border is paramount. Overall, I found significant room for improvement in this important area of work. Based on the evidence provided in this report, there is much to do in order to provide the assurance that the public and Parliament expect."