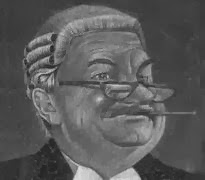 My thanks to a loyal reader who pointed me to an article in The Lawyer that notes that HMRC have appointed a new general counsel to replace the retiring Anthony Inglese. Gill Aitken from the Department of Work & Pensions’ (DWP) where she is director general of legal services, will take up the role at the end of January 2014.

Loyal readers with long memories will recall that in November 2011 the Commons Public Accounts Committee took the unusual step of making Anthony Inglese CB, General Counsel and Solicitor HMRC, swear an oath at a PAC hearing into HMRC Accounts and Tax Disputes.

HMRC Is Shite (www.hmrcisshite.com), also available via the domain www.hmrconline.com, is brought to you by www.kenfrost.com "The Living Brand"
Posted by Ken Frost at 13:25